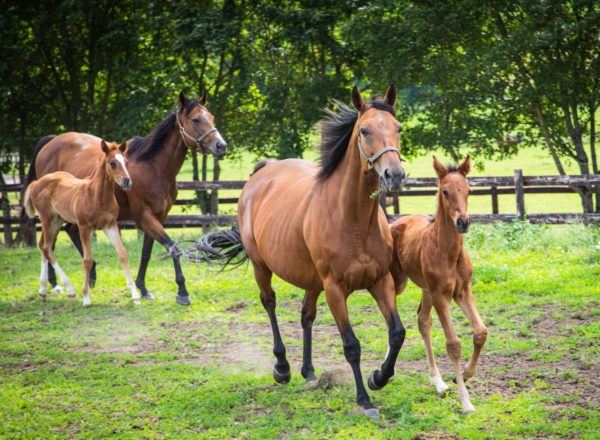 A purebred breeding farm in Burgundy

The Domain of Rymska is not only a farm, but also a site breeding purebreds.

The story began in 2014 with the first birth on the farm of a filly which will soon become a grand winner group champion in France and in the United States and which later gave her name to the Domain.

Rymska, the daughter of foreign raider (still present) by the Havre (one of the best purebred Stalions in France).

Today the stud farm has 18 broodmares that give birth to foals each year.
These foals, destined for flat horse races, are sold and some of them are trained and then run under our colours !

You will be able to admire these horses in the meadows or in the boxes when you come to our Domain.

Your message is being sent...

We have received your message, we'll get back to you as soon as possible.